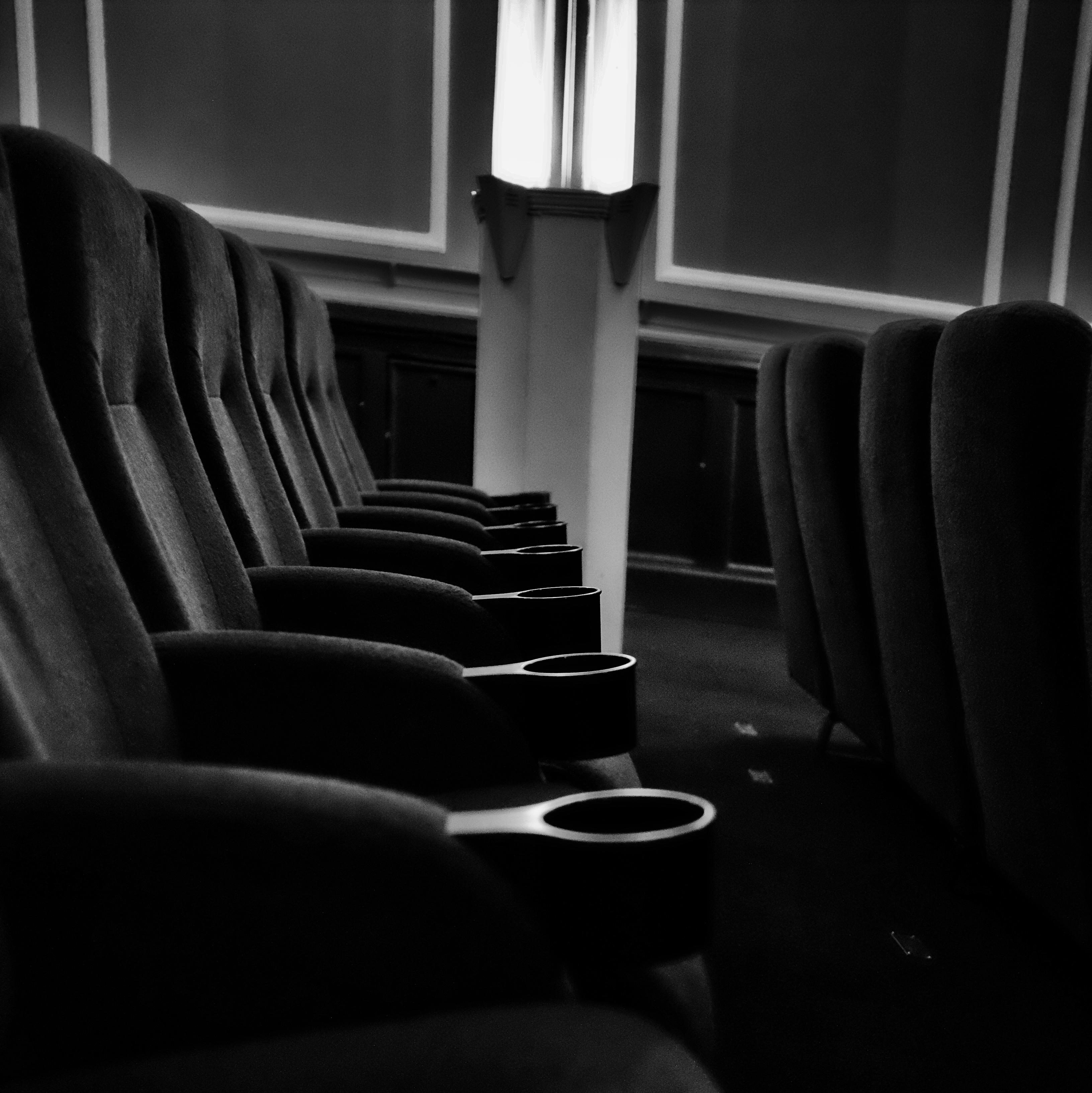 Of Our Sense of Self

0
Category: Stream of Consciousness
Tags: Divine Karma, Glass Movie, Sense of Self, Stream of Consciousness
So I saw the movie Glass this past Saturday and, needless to say, I was shocked, floored. I was impacted. And I was obviously inspired because after the movie I went to Barnes & Noble next door and started walking around looking at things, and the ideas started flowing. I even wrote a poem. I was very much feeling the connection to art. I then started reflecting on the film itself and I was really attracted to the psychological aspects of it, the psychologically thrilling aspects of it, and this kind of battle between what we believe about ourselves versus
Read More 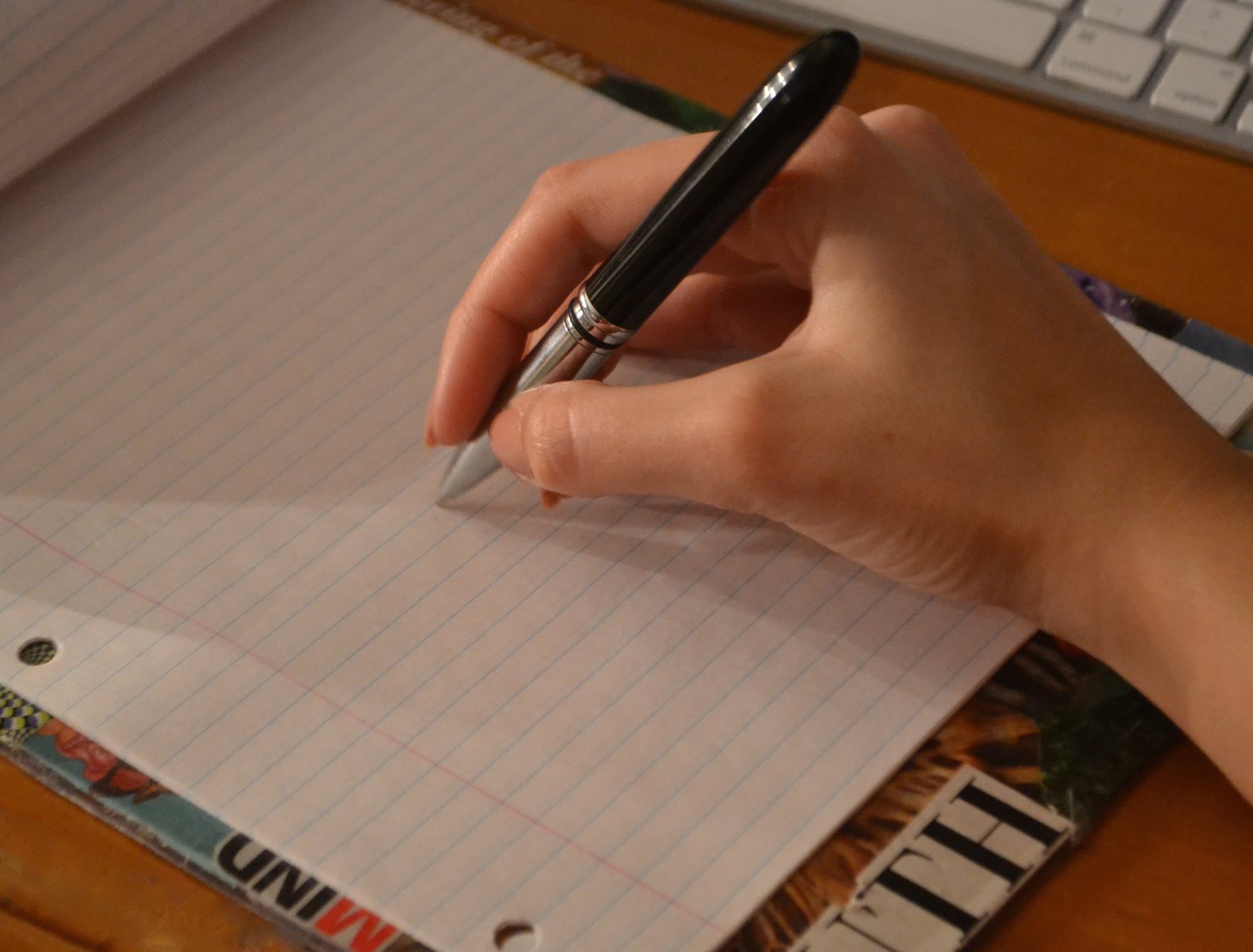 0
Category: #ThemeThursday, Kristy's Daily Hashtags, Writing Prompts
Tags: #ThemeThursday, finance, writing prompt
This week, my mind has been hyper-focused on my finances. Well, that among other things. But, the majority of my thoughts have stemmed from my current financial situation. I’ve come to learn that finances are ever in flux. Our finances, in a way, are much like our emotions. We have highs, we have lows. But it is my opinion that there should be some kind of constant when it comes to either. That constant, to me, is passion. When working and following our passion, the wage we make is less important than the work we are doing. Money is often
Read More

Lee Eisenberg On Anaïs Nin And Why We Write

0
Category: #WritersOnWritingWednesday, Kristy's Daily Hashtags, Quotes
Tags: #WritersOnWritingWednesday, Anaïs Nin, Lee Eisenberg, quotes, Why We Write
The following quote is from Lee Eisenberg who references Anaïs Nin and some of the meaningful reasons why us writers write. It is a quote I found on Goodreads, originally published in Lee’s book The Point Is: Making Sense of Birth, Death, and Everything in Between. Lee Eisenberg is an American editor and author, famously known as the editor-in-chief of Esquire magazine during the 1970s and 1980s as well as one of the founding partners of the Edison Project. Now only that, but he also joined Time Inc. in 1995 and helped launch Time.com and Time for Kids, among many other significant
Read More

0
Category: #ThemeThursday, Kristy's Daily Hashtags, Writing Prompts
Tags: #ThemeThursday, fearlessness, trust, writing prompt
This week, I’ve been thinking a lot about fearlessness. Over the years, fearlessness has not, in my opinion, been one of my strongest traits. Patience hasn’t either. I know this because, in the past, whether intentionally or not, I was always in such a hurry. Whether it was in trying to talk to or be with someone, do something, or go somewhere, I’ve often tried to rush things, and it was apparent in the way I behaved. Whether conscious of it or not, I was acting out of fear. I wasn’t just being proactive, like I thought I was. So
Read More

0
Category: #ThemeThursday, Kristy's Daily Hashtags, Writing Prompts
Tags: #ThemeThursday, monsters, the writing process, writing prompt
This week’s theme, as seen on Reddit, is “Monsters.” There were many ways I could approach this theme. However, because I have been heavily focused on my writing and editing business, I decided to approach it from that angle. There are many “monsters” that one can face during the writing process. For some, like me, a monster called Procrastination and another one called Trauma Afraid to be Resolved are ones that have crippled my writing process. But I am happy to say that I have defeated these monsters, particularly when I completed my Master’s Thesis. Still, as my life evolves and new
Read More 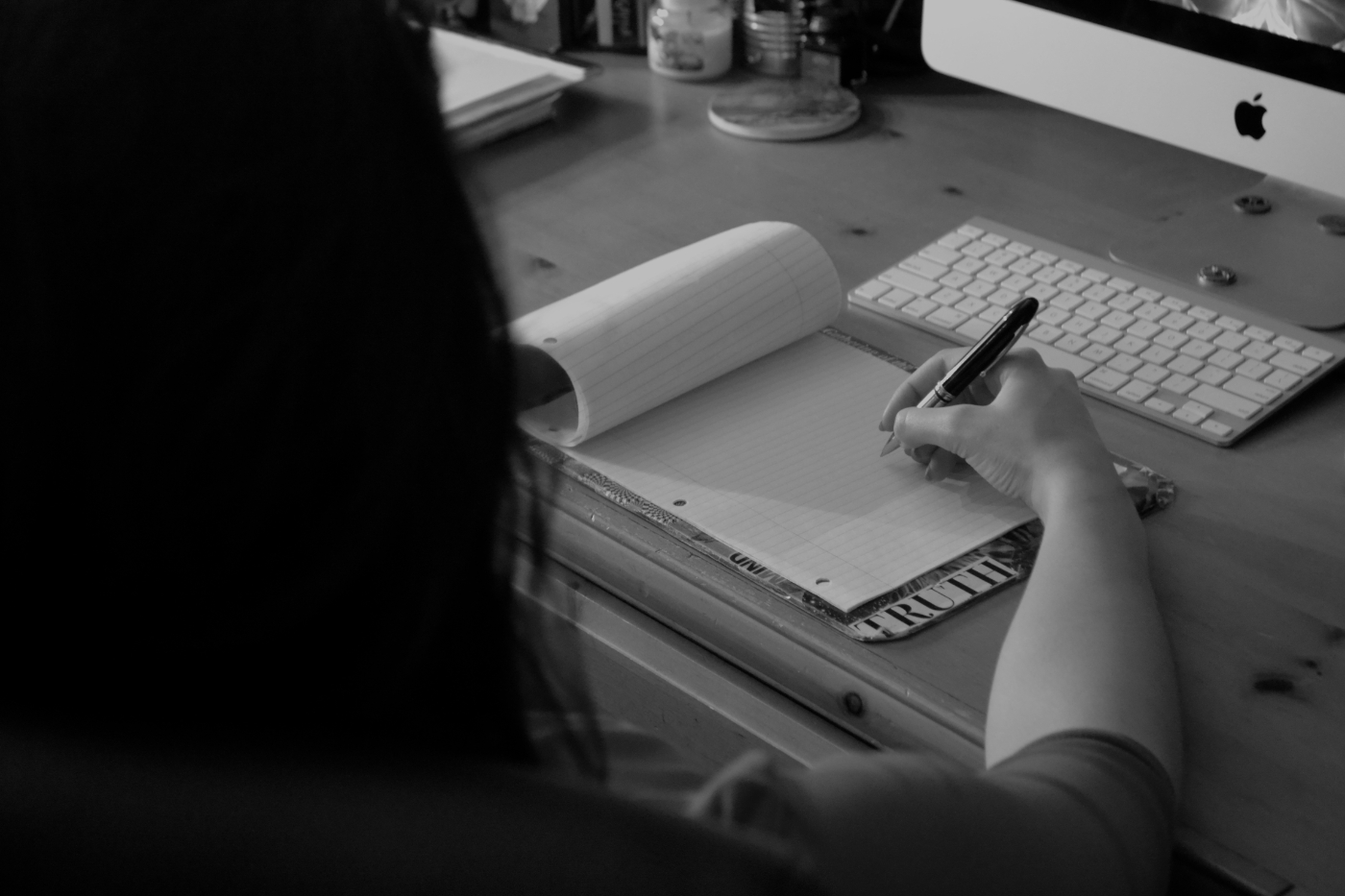 0
Category: #ThemeThursday, Kristy's Daily Hashtags, Writing Prompts
Tags: #ThemeThursday, A Course in Miracles, ACIM, miracles, writing prompt
This morning, my lesson in A Course in Miracles was about exactly that: miracles. It highlighted the importance of both the miracles we offer as well as the ones we receive. So I thought, why not make that today’s theme? The daily exchange of miracles is, after all, what makes the world go ’round. They take place between people, between animals, between all things in existence. These exchanges are what make us who we are and guide how we live our lives. Thus, it is my belief that if we take the time to focus on the miracles that take place everyday, our minds will, in turn, create even more.
Read More

0
Category: #ThemeThursday, Kristy's Daily Hashtags, Writing Prompts
Tags: #thefuture, #ThemeThursday
With everything happening in the world today, it quickly becomes a question what our future, and the world’s future, will look like. But believe it or not, we have a say as to how we’d like it to be. The future is, essentially, a projection and evolution of the now. So the things we do in the present will have an effect on our future, that includes our actions as well as our thoughts and the things we put our minds to. Thus, if there is something specific we’d like for our future, the first step is to visualize it. I present to
Read More

Anaïs Nin On The Future Of The Novel

0
Category: #WritersOnWritingWednesday, Kristy's Daily Hashtags, Quotes
Tags: #WritersOnWritingWednesday, Anaïs Nin, The Future Of The Novel, Writing Quotes
The following is a quote from Anaïs Nin on the future of the novel, as featured on the Brain Pickings article “Anaïs Nin on Writing, the Future of the Novel, and How Keeping a Diary Enhances Creativity: Wisdom from a Rare 1947 Chapbook.” Anaïs Nin was an essayist and memoirist born to Cuban parents who gave birth to and raised her in France. She wrote journals, essays, novels, short stories, and erotica. Some of her works include Waste of Timelessness, House of Incest, Under A Glass Bell, Little Birds, and, my personal favorite, Delta of Venus (if you’ve never read it, go get yourself a
Read More 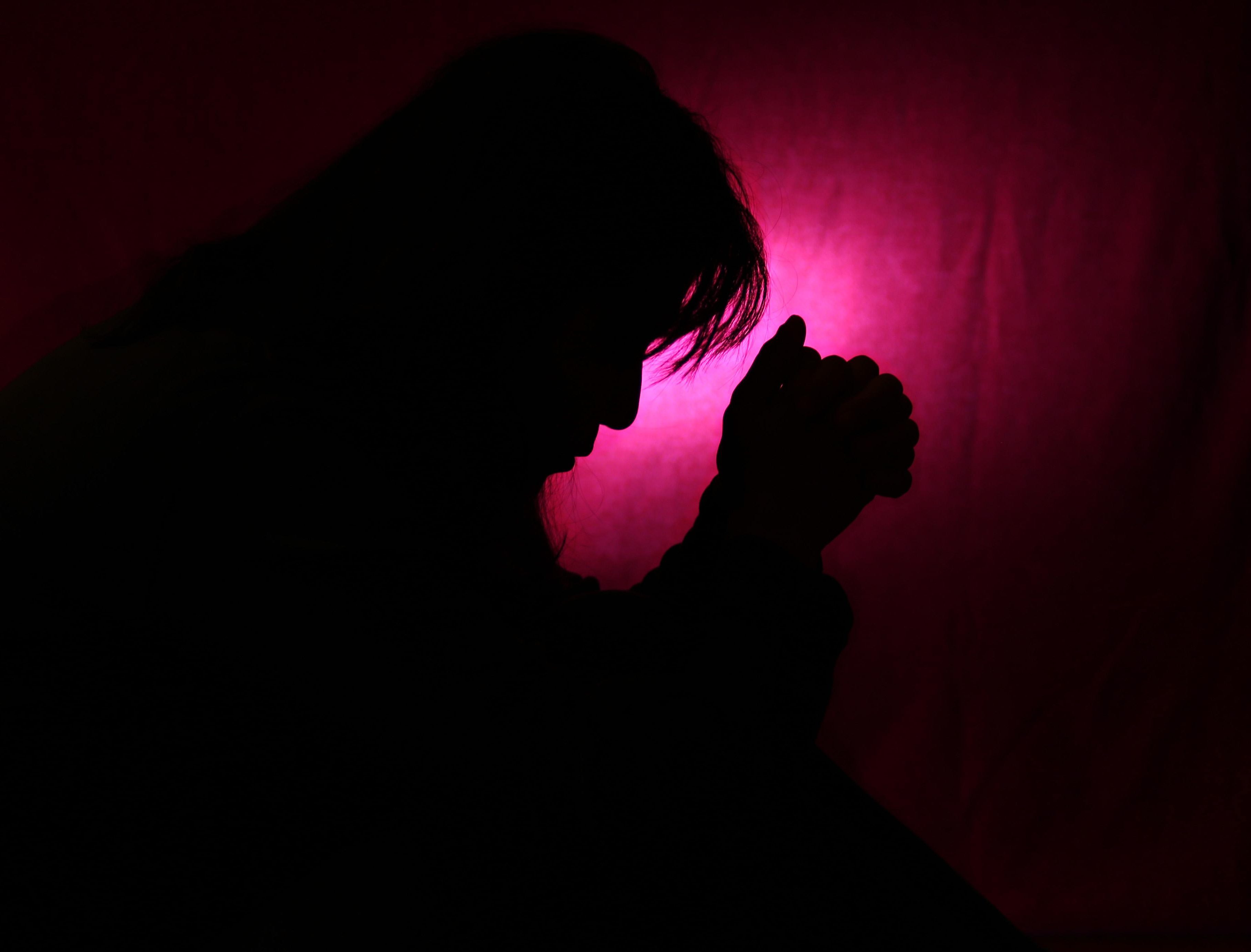 0
Category: #TranslationTuesday, Kristy's Daily Hashtags
Tags: #TranslationTuesday, Apologies, Forgive Me, I'm Sorry, Languages
Sometimes in life, we make mistakes. And oftentimes, these mistakes hurt someone else. Sometimes, it’s our own selves we hurt. There then comes a point where one realizes that nothing can be done to change what happened, the past is past. But, one can apologize. A statement as simple as “I’m sorry” or “forgive me” may not seem like much, but uttered with pure intent has the great power to mend a broken heart or relationship and allow it to move forward. The truth is, an apology has the potential to neither be received well nor accepted. And that’s okay. But the fact that one looks deep within and is able to utter those words with
Read More